An Igbo-Nigerian cultural producer and multidisciplinary performer, Nkeiruka ‘Nkei’ Oruche specializes in the expressions of urban culture of the African Diaspora and its intersections with personal identity, public health and sociopolitical action.

Since 2002, Nkeiruka has played a crucial role in ushering African culture unto the global stage from working as Editor-in-Chief of Nigerianentertainment.com, a digital magazine, and as co-founder of One3snapshot, an urban African art collective. In 2016, she directed “Til’ Dance Do Us Part,” a tongue-in-cheek dance-theater piece narrating urban African life stages, love and coming of age, and incorporating a soundtrack of Afrobeats, Azonto, Turf, Second-Line, and Dancehall, delivered against a sociohistorical narrative of colonialism, racism and Black empowerment.

As a choreographer, dancer and performer she has enthralled audiences from street corners, to house parties to the stages of Yerba Buena Center for the Arts, Oakland Museum of California, Yoshi’s SF, Dance Mission Theater, the Independent, the Mezzanine and the California Academy of Sciences. Nkeiruka has performed with Magic System, Les Twins, Elephant Man, Onyeka Owenu, and is currently a front-person for Gbedu Town Radio, an Afro dance band covering Afro-diasporic street and club music from the 1960s until today.

Currently, Nkeiruka is focused on expanding and sustaining grassroots change-making and community health through the production, performance and embodiment of art and culture. She is a co-founder of BoomShake, a social justice and music education organization, artistic director of Afro Urban Society, a meeting place for urban African art, culture and people, and director of Studio Grand a multidisciplinary space dedicated to artists.

San Francisco native with the incarnations of Mississippi, Tossie Long is a multifaceted 2018 GRAMMY-nominated vocalist, actor, performer, and visual manipulator who uses art, culture, and explorations in intimacy as her tools of magic to shift the world. Tossie’s voice and presence has graced the albums and stages of TuNeYaRdS, The Sh8peShifter, Pancho Morris, Alphabet Rockers!, Oakland Symphony, San Francisco Jazz Festival, Stern Grove Festival, Harlem Museum, The Stone NYC, Fox Theater, and YBCA to name a few. She is the Co-Founder and Creative Director of Afro Urban Society’s Bakanal de Afrique, an Afro Urban festival that celebrates the unique expressions of urban Africans through performance and community activism.

Long is currently excavating the inner workings of her mind via her ongoing digital visual & literary project ‘Dear Tossie’, and master crafting her new multimedia work, ‘I Left My Heart in San Francisco’, a visual soundscape installation accompanied by the heartbreak of nostalgia, loneliness and a search for sanity.

Ijeoma Umebinyuo was born in Lagos, Nigeria. Her ancestral home sits between two states, a border town somewhere in Southeastern Nigeria. In 2016, Ijeoma was named one of the top contemporary poets emerging from Africa by Writivism. Her short stories and poems have appeared in The Stockholm Review of Literature, The Wildness, The Rising Phoenix Review, Doll Hospital Journal, The Renaissance Noire, The Gordon Square Review and The MacGuffin. Her poem “Diaspora Blues” is a part of Dr. Rosalba Icaza’s contribution to Routledge Handbook of Postcolonial Politics.

In 2017, Ijeoma was invited to speak at The Cooper Union, her talk Dismantling the Culture of Silence seeks to challenge the culture where silence is seen as a virtue in marginalized communities and how such affect women. Dismantling the Culture of Silence has been used by some teachers to teach students in high school the importance of using their voices.  Her poem The Delicate Acts of Survival from her poetry collection Questions for Ada has been selected to be translated into Spanish; it will be published by Consejo Latinoamericano de Ciencas Sociales (Latin American Council of Social Sciences) as part of an ebook.

Regina “Califa” Calloway is a Cultural Producer and Performance Artist, specializing in production and curatorial works, trumpeting 25 years as a Global Carnavalesca. Her on the ground training in Community Service as a youth, was entrenched with historical movements of protests to ritual street processions, empowering her to connect with shared missions “beyond”. A cultural kinship availed her the unique opportunity to participate in Carnaval 1994, with leading Bloco Afros, Ilê Aiyê and Olodum in Salvador da Bahia, Brasil. Deeply impacted, she’s cultivated this experience into a model for Community Arts-building upon the Bay Area Carnaval scene – her vested works best exemplified through a 17-year tenure of Fogo Na Roupa legacy, pioneered by the late Mestre Carlos Gilberto Aceituno, along with partnering works with the leadership of Loco Bloco and Latin Dance Grooves.

In addition to her position as Kinship Family Director at Congo SQ West Kinship Society, Regina is an Organizational development consultant coalesced with a 25-year career trek as a Professional Teaching-Artist. Through her Dance service agency, Nzo Califa Dance Works, the Oakland native channels her gifts and expertise, brilliantly weaving sacred knowledge through cultural initiatives of visionary leadership of powerful social change.  In Grand salute to her Family and Parade Contingents, Ms Calloway  was the KOFY TV 20 Co-host with legendary Radio Personality, Marcos Gutierrez for Carnaval San Francisco 2016.

Thamsanqa is a South African who teaches Traditional, urban dance and township theater that he studied under Gibos Kente.

Michelle N. Gibson, choreographer, instructor, and performing artist, received her B.F.A in Dance from Tulane University and her MFA in Dance and Performance Studies from Hollins University/American Dance Festival at Duke University graduate program. Relocated to Dallas, Texas after Katrina, New Orleans native Michelle studied at the New Orleans Center for Creative Arts, the Alvin Ailey American Dance Center, the American Dance Festival, Jacob’s Pillow, and the Urban Bush Women’s, “Walking with Pearl Primus” intensive. Her motion picture credits include having been cast as a featured dancer in the Academy Award nominated film, Interview With a Vampire, the Academy Award winning film Ray, and the movie Just My Luck with Lindsay Lohan.

Michelle Gibson’s  choreographic works include New Orleans Second Line: Takin It To The Roots performed at the American Dance Festival summer 2011, Mufaro’s Beautiful Daughters with the Dallas Children’s Theatre, currently on tour; “Krump” choreographed and accompanied by the LoneStar Wind Orchestra at the Meyerson Center; Texas Educators Music Conference in San Antonio accompanying the Texas University Orchestra; 2008 South Dallas Dance Festival premiering excerpts from I Made It, But Some Didn’t, a tribute to souls survivors of Hurricane Katrina; the Dallas premiere of Evolution: Honoring, recognizing, and uplifting women of color and Sisters of the Yam which premiered at South Dallas Cultural Center in 2012.

Lydia ‘LydRock’ Rockson is a dancer and choreographer with a passion for contemporary and cultural African dance. Born in Tema, Ghana, raised in New York and Fort Worth, Texas and currently living in Houston, Texas, Lydia has been dancing all her life. A psychology graduate of University of Houston, Lyd started professionally dancing in her freshman year and since then has developed her signature ‘AfriRock’ style, a mix of hip hop and new African dance. She currently teaches classes, and performs with top names in the industry including Tiwa Savage, Wizkid, Dbanj, Mr. Eazi and Tekno to name a few. LydRock’s creative prowess surpasses the dance floor, she also has an eye for fashion and styling. Guided by the quote “I’ll rather try and fail than to not try at all”, her goal is to tour the world teaching and empowering dancers and non dancers alike to aspire to be more than their current situation while cultivating and spreading the culture!

The Wowoboyz are exceptional performers who have made their mark in the comedian world very swiftly! Made up of young talented men: Andrew Ogale, Chukwunonso Ofili, their manager David Awobayiku, and up and coming standup comedian James Otiocha, they have definitely combined their unique talents, experiences in life and current affairs to cook up exciting comedy skits and stage performances.

One Half of the WowoBoyz, Chukwunonso Ofili is a ridiculously funny comedian who has made his mark in the city of Houston. He started by performing at college shows and honed his skills performing in Maryland, West Virginia and Indiana. A skilled graphic designer, cartoonist and visual artist, Ofili is also the lead artist behind @OfiliDesigns a full service art company specializing in portraits of popular African artists and custom orders.

King Drew also known as King Drewwskyy is a Comedian, Actor, Director, Videographer and overall creative; he is part CEO of the entertainment company called Wowo Boyz founded in 2013. Born and raised in Nigeria King Drew moved to the USA in 2008 to pursue his bachelor’s degree which he completed in 2013 with a Bachelors in Environmental Health. King Drew is “an inspiring super model” and believes he can make it big in the fashion industry with his popular slogan “I can make anything look good”. King Drew is one of the pioneers of African comedy in the diaspora and has over 1000 comedy skits online. He is an all round entertainer and is ready to take over the world but first welcome to his world.

Kanukai Chigamba started dancing at a young age in Harare, Zimbabwe, at Biras, all night ceremonies. She later joined the Mhembero Dance Troupe, performing traditional Zimbabwean dance locally. In 2010 she moved to Oakland and is now part of the traditional Zimbabwean dance group, Chinyakare Ensemble. Chigamba has performed all over the United States including at the San Francisco Ethnic Dance Festival, Zimfest in Oregon, Monterey Bay Reggaefest and the Africa Day Celebration in Washington, D.C.. Kanukai is also proficient in various dance styles such as Congolese, West African, Pantsula and Kwaito. Chigamba believes dance is a wonderful way to communicate, share cultures and make new friends. 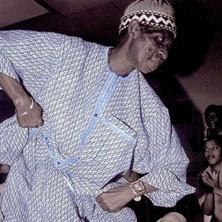 Bisemi is dedicated to the artistic practices of African and African Diaspora culture. Our goal is to help cultural artists connect with one another in the Oakland area, nationally, and internationally. 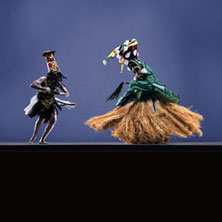 We strive to create opportunities where cultural artists lacking access to resources can come and learn from one another. In addition, we provide a number of mentoring programs and seed grating that are designed to give recipients the tools to thrive. 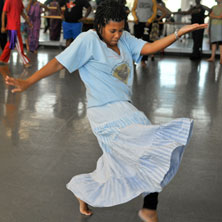 Check here for stories featuring our current cultural artists. We believe that through music, dance and other art forms, we can preserve and share the beauty of culture arts for all to experience. 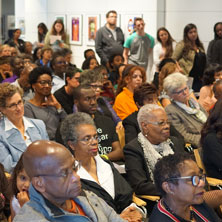 Help us continue to grow and share our culture by donating today. We are proud to offer a variety of programs to our many talented artists, but we can’t do it alone. Find out how you can make an impact for our cause here.

WHAT WE DO
SUPPORT US